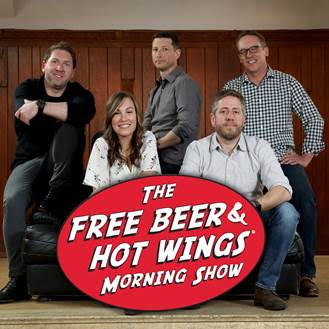 The Free Beer & Hot Wings Show began as an afternoon show in Omaha, NE at non-commercial radio station KIWR in March of 1997. The Show, comprised of former Central Michigan University roommates Gregg Daniels and Chris Michels, eventually moved to mornings several months later where they remained until the summer of 2000. At that time, they moved on to WBON in Knoxville, TN. In June of 2002, The Show moved to New Jersey, where they were simulcast on WTHK in Trenton and WCHR on the Jersey Shore. The Free Beer & Hot Wings Show began full syndication in 2004 with the addition of WGRD in Grand Rapids, MI. Joe joined the show in 2005, followed by Steve in 2009 and Kelly in 2019. The show is now heard on radio stations in 26 different states.

Instead of calling the show ‘The Gregg and Chris Show,’ which by all estimations would have been the most boring sounding radio show in the world, the decision was made to call it The Free Beer & Hot Wings Show, which seemed far more attention-grabbing. It was admittedly nothing more than a cheap ploy to get people to listen under the false pretense that they may actually have a chance to win beer and/or hot wings. It was not intended that those two things would become permanently synonymous and attached to Gregg and Chris as nicknames, but that’s what happened and now they have to live with the consequences of their B.S. forever. 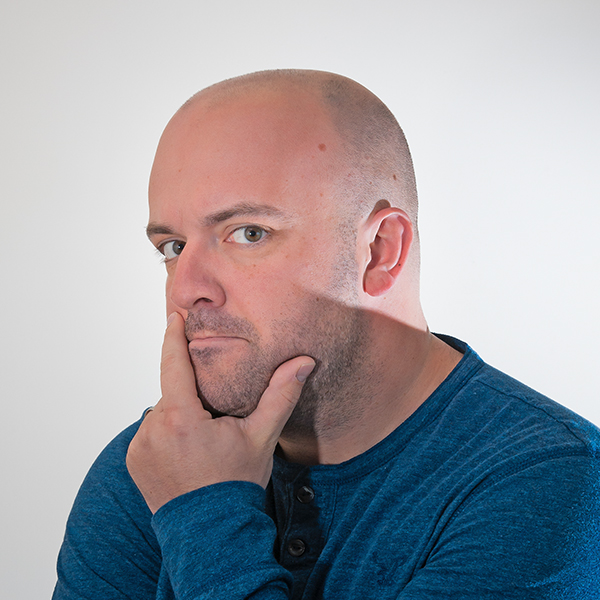